What Factors Can Enhance A DUI In Arizona?

In Arizona, there are many factors that can enhance a DUI. The misdemeanor DUIs are driving with a 0.08%, driving while impaired to the slightest degree, an extreme DUI, which is a 0.15% or higher, and a Super Extreme, which is a 0.20% or higher. However, the latter two have higher mandatory jail terms, higher fines, and higher fees.

They have consequences that are in addition to the lower level DUIs. Same issue with most drugs. If you are driving with a drug in your system or you are driving and impaired by drugs, those are both misdemeanors as well.

There are three factors where a DUI becomes a felony in Arizona. First, if you are charged with a DUI and there was a restriction on your license caused by a prior DUI, such as a suspension, or being required to have an interlock in your car to drive. A second scenario would be if you have three DUIs within seven years. The third DUI and beyond may be charged as felonies. The third type is if you have kids in the car who are under the age of fifteen; that is also a felony DUI. Further, if you harm somebody while you are driving under the influence, then there are other serious felonies that can be charged.

DO MOST PEOPLE HAVE A HIGH BLOOD ALCOHOL CONCENTRATION LEVEL WHEN THEY ARE STOPPED FOR A DUI OR ARE THEY CLOSER TO THE LEGAL LIMIT? 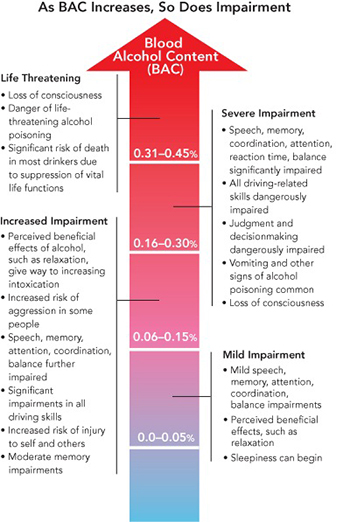 It is difficult to provide a “norm” with respect to how close the average DUI defendant is to the limit. DUI levels are really seen all over the place. Some of the recent cases being handled by Tait & Hall are closer to the lower limits. We have seen cases where the level was over a .30, which is really high. We have also been seeing people with a lot of drug DUIs. A year or two ago, there was a slew of cases where people were way over the extreme limits, but it is not known why. Whether it was due to different enforcement policies by police and prosecuting agencies or just the fact that a lot of people happened to be drinking a ton, the reality is, police will generally cite you if you’re approaching the limit, even if you aren’t over it. One shouldn’t assume that it’s safe to get right up to the limit. 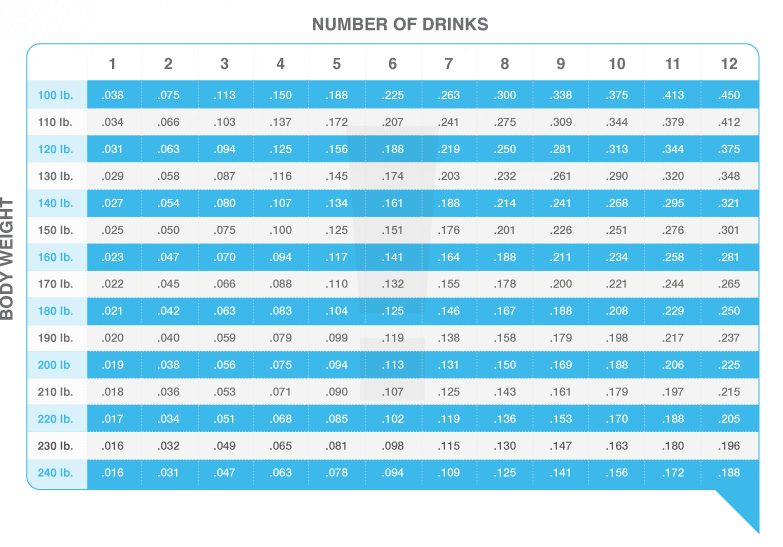 Along the same lines, it is very difficult for the average person to determine what their BAC (Blood or Breath Alcohol Content) is. If you are somebody who drinks a lot and are used to being under the influence of alcohol, you are more likely to think, “I’m probably below a 0.08, so I’m probably safe,” when in reality you could be well above a 0.08. It really just varies from person to person.

At the office of Tait & Hall, we do get DUIs with people that are right around a 0.08% or even slightly under. However, there is usually evidence that they were impaired, such as weaving on the road, failed field sobriety tests, etc. In Arizona, you do not have to be at a 0.08% to get a DUI. They just have to prove that you were impaired. Even if it was very slight impairment, if they prove that, then you are guilty of a DUI.

What is a baby DUI?

Another factor that can enhance your DUI in Arizona is called the baby DUI. That is kind of a slang term that attorneys have applied to it. The term is used when you are under twenty-one and you are found driving with any alcohol in your system. No matter what the alcohol level, you can be charged with DUI. They do not have to prove impairment. They do not have to prove any specific alcohol level. They just have to prove that you were in actual physical control, you were under twenty-one, and you have some level of alcohol in your system. That is considered a DUI in Arizona.

What is drug DUI?

Another factor to know is that with a drug DUI in Arizona, the state does not have to prove impairment at all. They only must prove that any level of a prohibited drug or metabolite was in your system. That means that even after the drug starts to break down in your system, it goes through chemical changes. Having even one of those chemical changes, such as when your body has already started to metabolize or change that chemical, then those metabolites can cause a DUI.

Many people think that, “Well, I have a prescription for this drug, so it’s okay for me to drive.” It may be, but if you are impaired, even by a prescription drug, that can still be a DUI. Based upon all this, there are a lot of ways to get a DUI with drugs, even if you are following the law in how you consume the drugs. That is something that people need to be careful about and talk to both their doctor and an attorney when making decisions about whether it is okay to drive with any kind of drug in their system.

If you are not sure which Factors Enhance a DUI in Arizona and the Typical BAC Levels Recorded in DUI Arrest Cases, call the law office of Tait & Hall for a FREE Initial Consultation at (480) 405-6767 and get the information and legal answers you’re seeking.

Send Us A Message